Noah was born on 21 September, 2016 by planned c-section (caesarean section) in a specialist hospital, as I have a congenital heart defect. I had managed to get to 34 weeks - it had already been explained to me that my baby was going to be born 6 weeks premature.

When I first saw Noah he was on oxygen, but I was reassured that this was quite normal for babies born prematurely. The next day Noah was put on a ventilator and given a dose of surfactant (this is a substance that keeps the tiny air sacs in the lung open). After a couple of days he was moved onto continuous positive airways pressure (CPAP) which gives a high flow of oxygen. Although it was extremely upsetting, we were still thinking that this is just what happens when babies are premature; he has just got to get bigger. 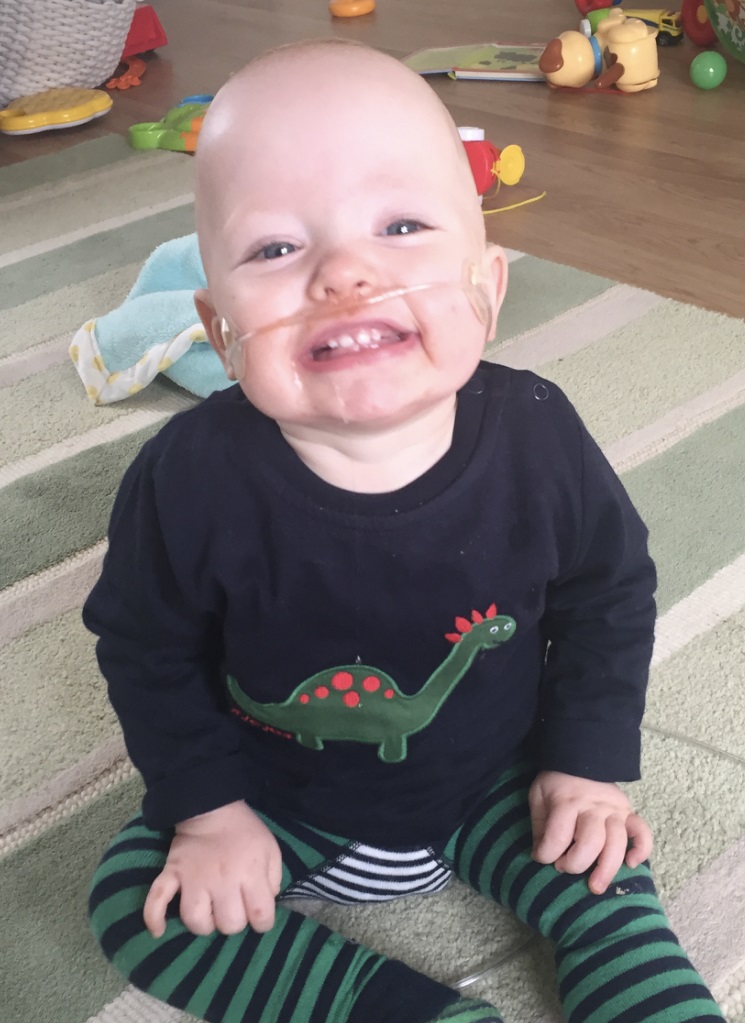 At 13 days old, Noah was transferred back to our local hospital on low-flow oxygen; on the understanding he just had to grow and learn to feed (he still couldn’t manage a bottle) and was being tube fed. On arrival, the first thing a nurse said was: “does he always breathe like that?” It struck me then that something wasn’t quite right.

Within 72 hours, Noah was back in intensive care and back on CPAP. For days the doctors kept asking lots of different questions: could Noah be more premature than we thought? Had I had the flu or any viruses during pregnancy? They were giving him numerous heart scans and I then started to realise that something was very wrong and that the doctors did not know what.

After a couple of weeks, we were transferred back to the specialist hospital. Noah was almost 6 weeks old and was given a bronchoscopy, CT scan and genetic tests. All this time, I can only describe it as being in “a living nightmare”, where you know something is very wrong with your child but you don’t know what; and even more frightening is that the doctors didn’t seem to know either.

After the tests were completed, a doctor from the children’s hospital came to see us. This was the first time interstitial lung disease (ILD) was mentioned. It wasn’t really explained, other than it was extremely rare and no-one could tell us anything. It was very much a waiting game.

The genetic tests came back negative and Noah was slowly weaned onto low-flow oxygen and finally, after 14 weeks, we got to take our baby home. Noah was coming home on oxygen and we left hospital with no diagnosis and just the hope that “he would grow out of it”. When doctors failed to wean his oxygen down over the next year I knew it was going to be some type of this dreaded ILD. In October 2017, following a further CT scan and bronchoscopy, we were finally given a diagnosis of dysplasia of the lung which means that Noah’s lungs were not made in the correct way.


Moving forward after the diagnosis

My emotions go between being angry, sad and scared. One of the hardest things to deal with is the not knowing. No-one can give Noah an operation to fix him and no-one can tell us what life will be like in 5 or 10 years.

As Noah is my first baby, I don’t know any different, so having a baby on oxygen with wires constantly attached is just our 'normal'. At first, I used to really worry about his binasal cannula coming out in the night and would constantly be up checking.

Now, 18 months later, it still feels we make it up as we go along. We have very good open access with our local hospital so if we are worried about Noah we can take him straight to the ward. He has regular check-ups at the local and specialist hospital. 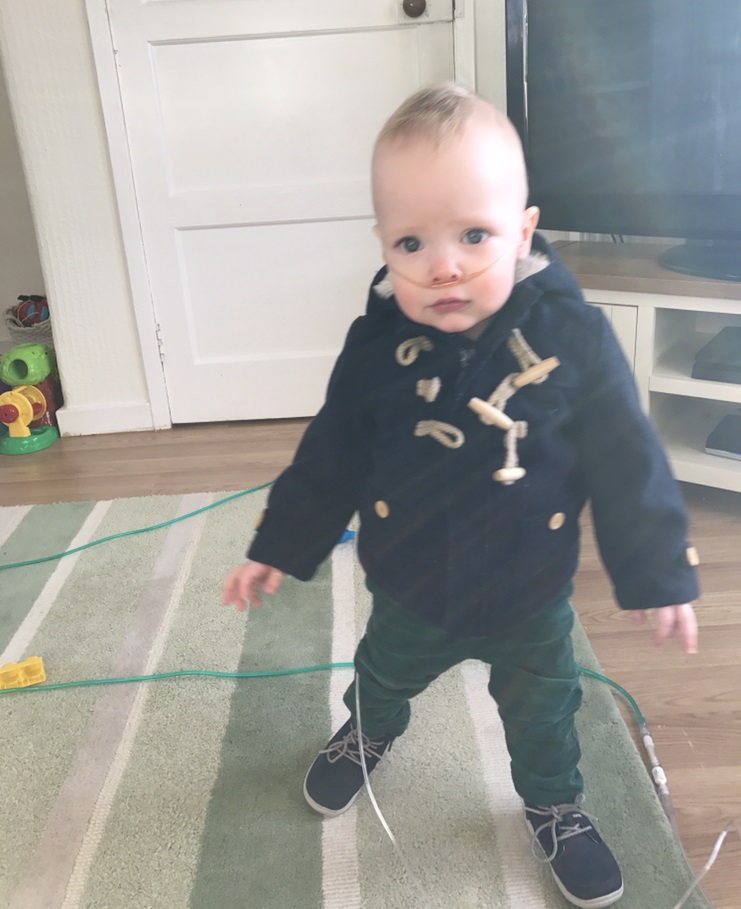 Noah is a typical 18-month old toddler. He is walking, talking and has lots of energy. He is a bright, inquisitive and charming little character. He is still on low-flow oxygen but you would never know there is anything wrong with him apart from the oxygen tubes. He needs more freedom as he gets older, so we have recently had a meeting with the oxygen team and we now have a portable concentrator, smaller mobile canisters and longer wiring for when we are out and about.

A need for support and information

What would have helped us? More information when we were in hospital would definitely have helped us; and a follow-up meeting a few weeks after diagnosis so we could ask questions. I still don’t fully understand what is wrong with Noah and there is nothing on the internet. I also think when you have a child with a condition as rare and unknown as ILD, counselling would definitely help. It is not easy to explain this rare condition to family and friends, so maybe an awareness leaflet or video to show to people as I don’t think people realise how serious chILD is.

My advice to other parents is something that another parent told me and when I am having a really tough time, I have to pull myself back to it: to live in the moment and not think too far ahead. This is difficult, but means you can make the most of every day.

The best thing of all though…. is that we have our beautiful, funny boy, Noah.