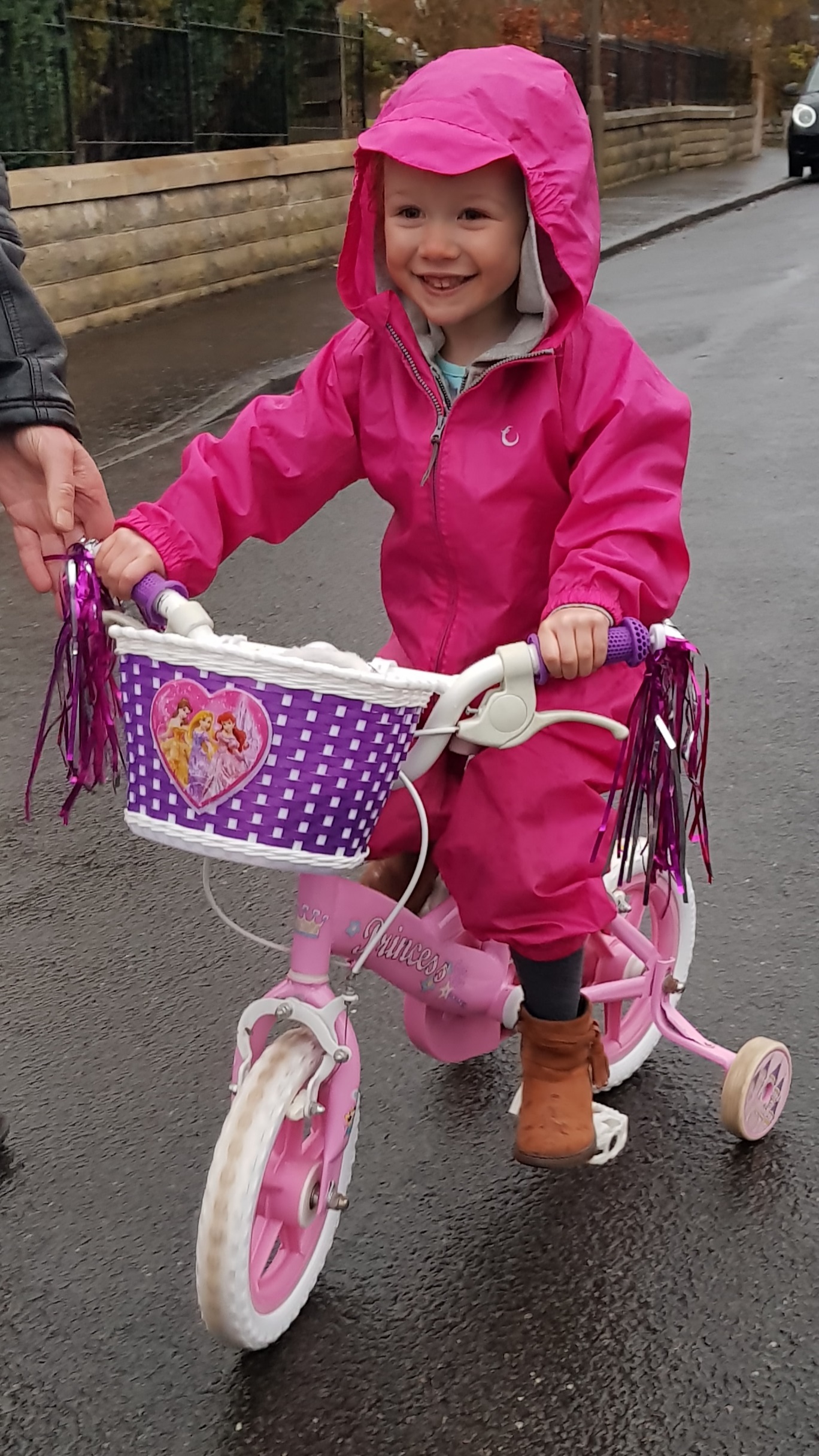 My pregnancy was normal, and Elspeth was born in April 2015, quickly and with no pain relief. We were home within 24 hours and everything seemed normal.

Within a couple of weeks, however, we started to notice that Elspeth’s chest pulled in strongly when she breathed. I asked my mum, who had experience of being a nurse, midwife and health visitor, for advice and she suggested we keep an eye on it. The only other thing that was a bit unusual, in hindsight, was that Elspeth was a noisy sleeper.

Elspeth was admitted to hospital with bronchiolitis at two months old, the doctors reassured us that this was normal in small children. However, while Elspeth’s overall health improved her oxygen level did not increase to normal, resulting in her not being discharged and referred for further investigation.

Caught in a loop

At this point, we realised something was wrong; Elspeth was put on intravenous antibiotics, had a feeding tube inserted and was given oxygen through a cannula in her nose. We did not know why she wasn’t improving further. I had been breastfeeding Elspeth, so this change in her feeding was particularly difficult for me, and for Elspeth who just screamed and screamed; all I could do was try and calm her down, but it was very distressing for us all.

Eventually she was discharged with home oxygen. I still felt that Elspeth’s breathing was not quite right, and we were back in hospital again twice over the summer. I felt as though we were caught in a loop where everyone knew that things were not quite right, but nobody knew exactly what was wrong. When a consultant asked me directly: “Do you think there is an underlying issue?", I was pleased to have been asked, and that I was listened to when I said “yes”.

Dealing with Elspeth’s oxygen and feeding at home was new and challenging. A community nurse and dietician came in regularly and we were referred to a brilliant respiratory consultant who suspected Elspeth might have a particular chILD condition. After tests, which included a CT scan and flexible bronchoscopy, the condition neuroendocrine cell hyperplasia of infancy (NEHI) was diagnosed.

When our consultant told us the diagnosis, he sat quietly with us, letting my husband and I process the news until we were able to ask questions and he could go over things with us. This was a very thoughtful way of giving us the news, rather than rushing us out of the door, and we appreciated it. After each conversation, we also received a detailed letter summarising everything.

It was a relief to finally get a diagnosis and Elspeth was put on prophylactic antibiotics. As Elspeth was not gaining enough weight, we remained on tube feeding and she needed oxygen when sleeping (day or night).

After her diagnosis and the final discharge from hospital, both my husband and I had an emotional dip as we realised that this was going to be “our normal” with Elspeth. This was a very difficult time. I just wanted to wrap myself around Elspeth, protect her and keep her well – and this is what I did. As time went on, and Elspeth improved, I realised I had to loosen my grip and allow more trusted people to be part of her life.

We started going to baby classes immediately on getting out of hospital, carrying her portable oxygen in her pram. Being in contact with other parents and children made me realise that a lot of babies have special requirements (whether these are behavioural, medical or family issues) and it helped me realise that we were not the only family having difficult times.

It would have helped in the early days to have had one contact person to give us information and tips on how to manage having a child with a condition. I had to figure a lot of this out myself, including the government support we were eligible for. I found it difficult to accept this financial support; but if it means you can pay for a cleaner to keep the house free of dust, or that you do not have to return to work, then this is also helping your child.

Elspeth is weighed monthly and we still monitor her for infections. During a recent chest infection she had to go back on oxygen and have a feeding tube for a few days, which was tough for us emotionally, but was only temporary.

In April 2017, Elspeth turned two and started nursery. This was brilliant for her and we were able to have more trusted people involved with her, other than just family members. Another milestone was reached 4 months later when she came off oxygen. Elspeth is now just on long-term antibiotics. Sometimes she needs a secondary antibiotic, but I am in charge of that decision and always refer to a doctor for advice.

Elspeth is at nursery four mornings a week now; she also goes to yoga, swimming and rugby and loves all her activities. Our consultant supports our belief that encouraging Elspeth to exercise will strengthen her, even though she may be out of breath before the other children.

Elspeth is now three. She is a happy child with a strong personality who talks a lot and asks a lot of questions. I believe Elspeth is exactly who she is meant to be, and that her condition has not affected her or held her back.

Her condition will continue to improve and I feel we do have some control over that by encouraging exercise, being vigilant with her health (for example daily vitamins, good hygiene etc) and putting her into nursery with other children and exposing her to germs to build up her immune system. This is what we feel is best for her.

Advice to other parents

Our advice to other parents would be to seek and take help, and to recognise that you will need to be your child’s advocate and sometimes you will have to push for what you believe is best for your child.

The most difficult thing is not knowing how her condition will progress. I am pregnant again; although when this baby is born we will be watching his chest very carefully to see how his breathing is, we know that if this baby has NEHI too, we will be able to get on and deal with it.