Noticing things were not quite right

Hayden was born in 2014 and I remember the day exactly, it was day 10, when he vomited violently and went blue. We took him straight to our local accident and emergency department but were discharged and told there was nothing to worry about.

Over the next 7 weeks I took him to the doctors several times because I just knew something wasn't right. On the last trip to my GP surgery I was just about to leave with reflux medication when I mentioned that I could hear a little rattling sound when Hayden breathed, the doctor rang our local hospital and that is when our lives changed. It was discovered that his oxygen levels were at 70% and he was working really hard to breathe. At that point he was given oxygen through a nose cannula. We were told that it was bronchiolitis and were in hospital for 10 days. The doctors felt that he was doing okay and just needed a little bit of help from the oxygen. 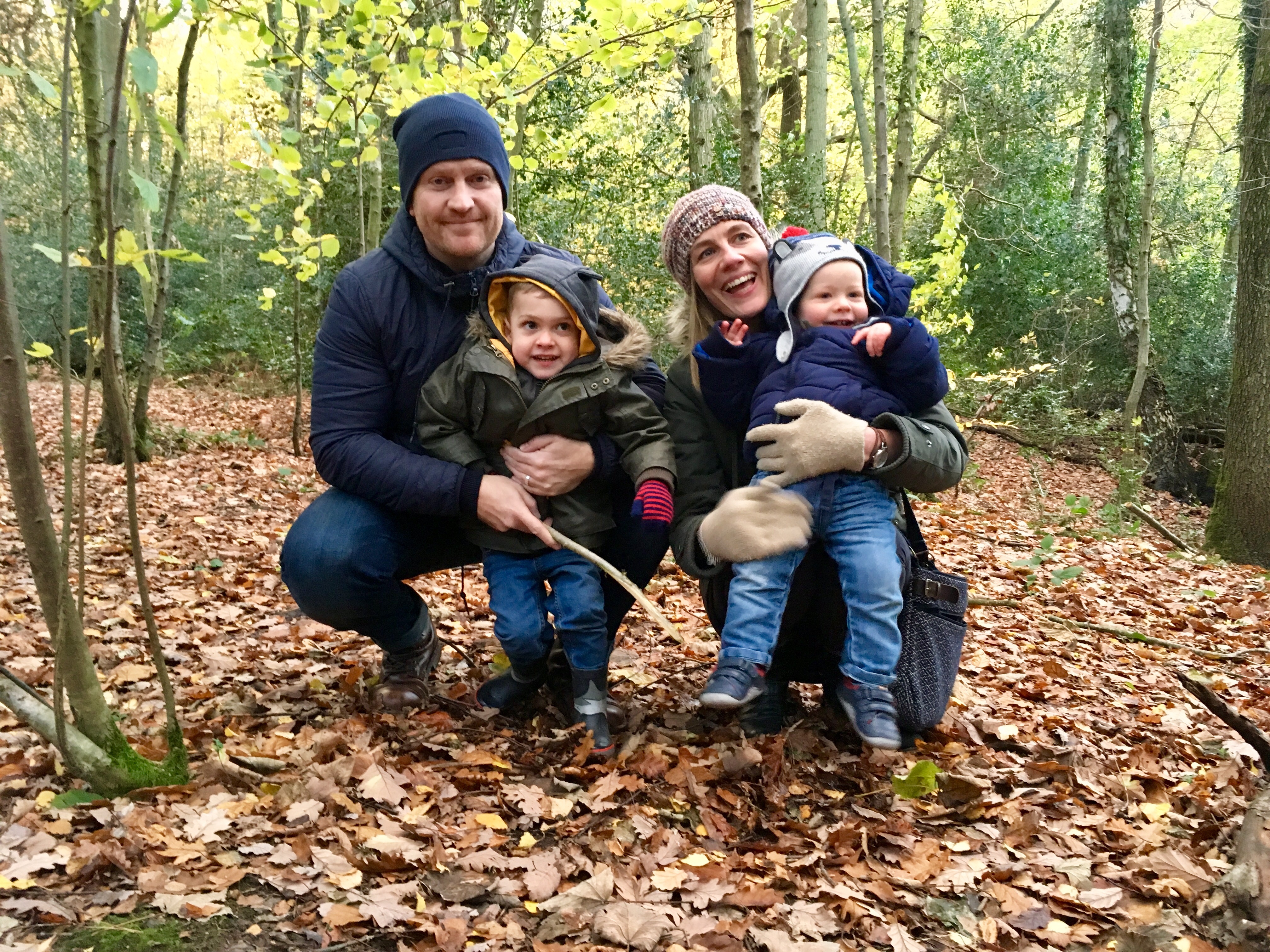 On one of the ward rounds, I mentioned to the doctor that I suspected Hayden had been breathing like this since he was born and I showed them a video we had of him in the bath at 4 months where you could see his chest movements and efforts to breathe more easily.

Looking back, Hayden never looked as peaceful as other babies; he did not sleep properly and was always slightly agitated. His weight was stable but he did not put weight on, this was put down to reflux. When he was lying in his cot at night, he would rub his face. I wondered if everything was okay but I also wanted to believe that he was fine. Nobody seemed too worried – these small signs were quite normal for any new baby.

Hayden was referred to a specialist children’s hospital in London and as soon as a respiratory consultant saw him, he was taken to the intensive care unit. We were terrified, and knew then that there was something very wrong. The healthcare team started to ask us lots of questions and Hayden had a bronchoscopy which showed no problem, and then a CT scan and biopsy.

We were told that he had interstitial lung disease (ILD) and that it was very rare. We were given no more information and it was clear that the doctors did not know much about it either, being so rare. Hayden was given high dose intravenous steroids and at first he responded well, but then he relapsed. The next step was continuous positive airway pressure (CPAP) where oxygen is given through a nasal mask, which Hayden had to wear 24 hours a day for 15 months.

Living with poor prognosis and uncertainty

Before we went home with Hayden on CPAP and oxygen we were told by the hospital consultant that Hayden was going to die; he would either deteriorate gradually or catch an infection he would not be able to recover from. We were sent home with palliative care support.

This was such a difficult time as there was no hope to cling on to; we knew Hayden was going to die at some point, but for now he was here and we had to cope. I had to adjust from having a good job in London and looking forward to my first baby, to suddenly coping with the grief of knowing that we were going to lose him. I felt numb at first and my husband and I both cried all the time as we realised that we were waiting for our much-loved first baby to die.

While trying to deal with all this grief and emotion, we also had to take care of Hayden, but I was trapped in the house with constant fear. At first, we were confined to our bedroom where Hayden was attached to his CPAP machine with a 1 metre long tube. I could not leave him unattended at all. There were moments when Hayden would smile, or pick up his toy, but at the back of our minds we knew this could not last.

We have been given amazing support from three local charities, plus support from a nurse on a weekly basis who helped us initially with all the practical equipment and medication, etc.

One of the big challenges we faced was integrating Hayden into social activities and interacting with other children. I started taking Hayden to baby groups with his portable machine and oxygen canister but as soon as another child started to cry or made a loud noise, he became anxious and distressed and I would have no option but to leave.

Recently, Hayden got a respiratory infection. His oxygen levels plummeted; he was gasping for breath and could not speak. It was very frightening and he was eventually transferred to the specialist hospital and put on a ventilator where he got the right care and gradually improved. We felt that Hayden should have been transferred more quickly to the specialist hospital, and our consultant has since reviewed his care plan for these kinds of emergencies.

Where we are now

Today, Hayden is almost four years old and is a lively boy with a wicked sense of humour who loves to talk; he is also very sensitive and has a keen interest in hamsters!

We decided to have another baby and Lewis was born in 2016. I found myself watching him closely for any sign that there might be something wrong, but he is fine.

We still have struggles to deal with. Hayden finds it hard to deal with his little brother’s crying, especially if he is tired or ill himself. Hayden is now on a BiPAP mask with oxygen while sleeping, and often during the day for short periods if he is unwell or simply tired from a couple of hours at nursery. This is a huge improvement to his initial diagnosis but the doctors still do not know what the future holds for him. Living with this uncertainty is one of the hardest things.

My husband received counselling in the early days, which he found really helpful. I have only recently had some counselling but this was at the right time for me and has helped me come to terms with traumatic experiences in hospital, and coping with day-to-day living.